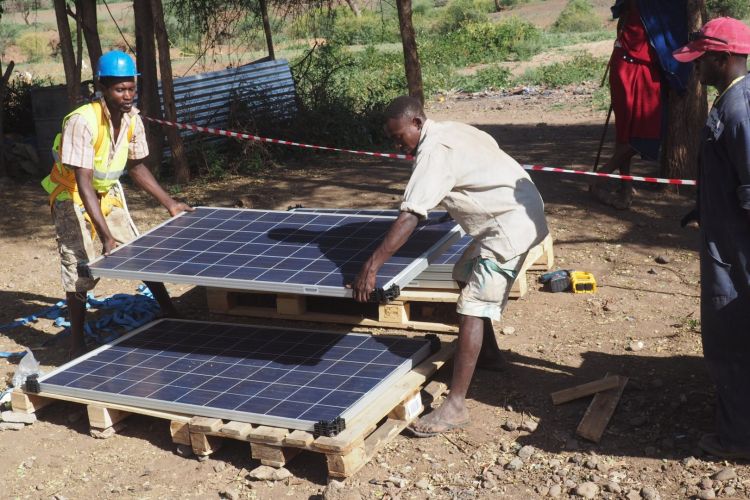 ENGIE is to strengthen its foothold on Africa’s off-grid solar segment via the planned takeover of a specialist with access to hundreds of thousands of customers.

On Tuesday, the energy giant styled itself as a “market leader” as it confirmed the acquisition of Mobisol, a pay-as-you-go (PAYG) firm servicing rural African customers from its Berlin headquarters.

ENGIE’s purchase, which is still awaiting the regulatory all-clear, adds three off-grid PV markets – Tanzania, Rwanda and Kenya – to the six the buyer was already active in via its Fenix International business.

“With the acquisition of Mobisol, ENGIE expands its access to a market of millions who are not connected to the grid and establishes itself as the market leader on the continent,” ENGIE’s CEO Isabelle Kocher remarked in a statement today.

Through its purchase of Fenix two years back, the buyer has already come to service a domestic solar customer base of 500,000, equivalent to 2.5 million people in Uganda, Zambia and others.

In addition, the firm has rolled out PAYG solar-plus-storage mini-grids in Tanzania and Zambia, via the ENGIE PowerCorner project it launched in 2015.

Mobisol was founded in 2011 and gradually expanded to Kenya, Tanzania and Rwanda throughout the early 2010s, growing to service 750,000 customers across the three markets.

The firm – boasting a 500-strong workforce and a further 1,200 contractors – offers 80W-200W off-grid PV systems for rural families to power televisions, fridges and other appliances.

Online and mobile payments are processed via its proprietary PAYG platform Paygee, which is available in an additional nine countries worldwide via a network of B2B partnerships.

Mobisol's transition to a new owner comes nearly five months after it filed for preliminary insolvency proceedings before a Berlin court, paving way to restructuring talks with investors.

The filing, coming off the back of the departure of top firm figures to launch a R&D institute, was described by the Financial Times as a “cautionary tale” for impact investors backing rural electrification schemes.

The off-grid PV play emerges after the World Bank predicted this year a global boom of decentralised energy, driven by cost-competitive solar-plus-storage hybrids and centred around Asia and Africa.