Where next for China’s energy transition? 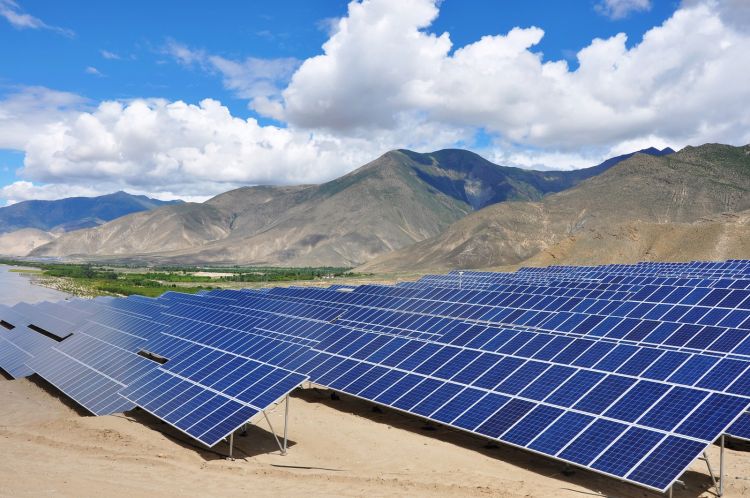 Ever since when on 31 May 2018, China’s National Energy Administration (NEA) abruptly and without warning decided to stop approving any new solar PV project until further notice, it was fair to assume that its domestic market would take a different course of development during the remaining period of the ongoing 13th Five-Year Plan (2016-2020). Back then, China was just halfway through with its 13th Five-Year Plan, but already exceeding its official solar PV target of 105GW by 2020 by approximately 47% (154.55GW); this decision was therefore a necessity, particularly in light of mounting financial obligations. The latter provided the reason to fix a budget in advance, earmarked for specific projects. Hence, during spring 2019 a total budget of RMB3 billion (US$436 million), including RMB750 million for residential PV, was set for the full year.

The year 2019 was characterised by a number of PV-related policy announcements, notably 30 April the new feed-in tariffs (FiTs) effective 1 July, 20 May the first batch of so-called grid-parity projects and 10 July the officially approved projects eligible for feed-in tariffs (FiTs). In summary, that amounts to approximately 41GW (including 3.5GW of residential PV) of solar PV power generation capacity to be deployed during 2019, thus somewhat roughly matching the 44.26GW installed in 2018.

On January 19, 2020, China’s National Energy Administration (NEA) officially released its 2019 national power industry statistics. Accordingly, by the end of December 2019 China’s cumulative installed solar PV power generation capacity amounted to 204.68GW, representing an increase of 17.4% YoY. Detailed information has yet to be released giving a breakdown of how many GW of utility-scale and distributed PV were installed, but the 204.68GW implies that China managed to install 30.22 GW last year, thus witnessing a 31.7% year-on-year decrease compared to 2018’s 44.26GW. A total of 30.22GW for the full year 2019 could mean that in December alone up to 12GW were deployed, i.e. possibly exceeding the 11.4 GW installed during the entire first half of 2019.

Admittedly, AECEA did not estimate that up to 12GW would be installed in December 2019, in light of fairly low installations numbers in October (approximately 1GW) and November (approx. 0.5GW). A year-end rally is nothing unusual, as well not in China, however up to 12GW in one single month still beats all estimates. One factor which might have been contributed are that projects that received approval up to two or even three years ago were finally executed, now taking advantage of fairly competitive module or overall system prices.

If compared to 2017-2018 deployment, when annual installations dropped by 16.4% YoY, the 30.22GW achieved in the 2018-2019 period represents almost double that drop at 31.7%. Nevertheless, 30.22GW is far better than anticipated and, given such a tailwind, AECEA is currently revising its 2020 estimate. Early indications suggest that during 2020 the Chinese PV market shall experience a rebounding possibly in the order of 15-25% YoY.

In the middle of December 2019, a somewhat “first draft of the 2020 solar PV policy” was made publicly available. Accordingly, in principle 2020 shall be a continuation of 2019, i.e. first priority is grid-parity, second is utility-scale + distributed PV, with the distinction that distributed has to bid too, third residential PV and the fourth priority will be poverty alleviation, but subject to a different budget. The budget earmarked for 2020 could be with RMB1.75 billion (including RMB500 million for residential PV), approximately 42% less compared to 2019. To date, no information has been released indicating the potential 2020 FiTs.

According to AECEA’s opinion, a reduction of the overall budget takes into account cost reductions for both technological advancements and general price erosions. As well, in an attempt to ensure that a 31 December 2020 deadline won’t be missed (again), the quarterly reduction of FiTs till the end of 1H/2021, after which project development rights will be revoked, could be increased to RMB0.02 or even higher.

Alternatively, possibly a hard deadline will be introduced, i.e. approved projects will be automatically cancelled, if not grid connected by 31 December 2020. Unclear is whether a second batch of grid-parity projects will be considered necessary, because the bulk of grid-parity projects (approximately 8.7GW in 2020) are still subject to execution and it appears fair to assume that the 5.2GW foreseen for 2019 were not entirely deployed either. In this context, the introduction of a base price + floating mechanism for the coal benchmark price scheduled to become effective on 1 Jan 2020 could become a challenge for such projects, because the coal benchmark can fluctuate by -15% and +10% annually; the latter only from 2021 onwards, in order to avoid a price increase for in particular the C&I sector in the first year of its introduction. Nevertheless, a drop of the local coal benchmark price by 15% could consequently challenge the competitiveness of such grid-parity projects and eventually may lead to postponements or even cancellation of such projects planned for next year.