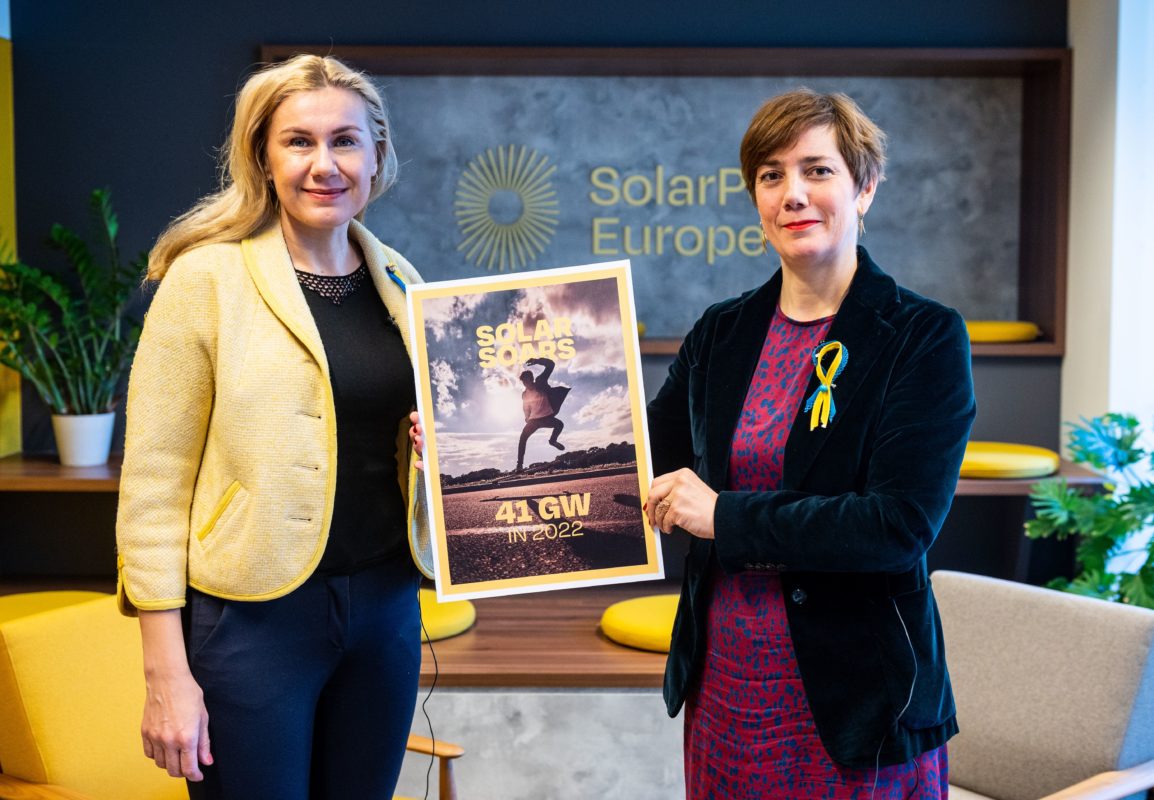 The EU installed 47% more solar in 2022 than last year and is on track to double its capacity by 2026 to an expected 484GW, according to a report by industry association SolarPower Europe.

The Russian war in Ukraine and the subsequent energy crisis, alongside growing climate concerns and the push for net zero, has seen the European solar market begin a significant growth period in 2022. Last year saw 28.1GW of new solar PV across the EU, whereas 2022 draws to a close with 41.4GW of solar capacity installed.

The overall solar capacity in the EU rose 25% to 208.9GW this year. Germany led the way in new installations, adding 7.9GW of solar in 2022, with Spain (7.5GW), Poland (4.9GW), the Netherlands (4GW) and France (2.7GW) accounting for the rest of the top five countries. SolarPower Europe said that, for the first time, all of the ten largest installers in Europe were gigawatt-scale markets.

PV Tech reported earlier this month that European demand – specifically from the Netherlands, Spain, Poland and Germany – has led to a surge in Chinese solar module exports this year.

Walburga Hemetsberger, CEO of SolarPower Europe said: “The numbers are clear. Solar is offering Europe a lifeline amid energy and climate crises. No other energy source is growing as quickly, or reliably, as solar. We’re building a secure, green, prosperous Europe on a foundation of solar.”

The EU announced its REPowerEU scheme earlier this year in response to the Russian invasion of Ukraine and its subsequent weaponising of energy supplies. The programme targets 740GWdc of solar PV by 2030, through a series of measures including mandatory rooftop deployment on new buildings and the cutting of administrative red tape around solar permitting. Last month, France issued a mandate requiring all large car parks to have solar rooftops from July 2023. 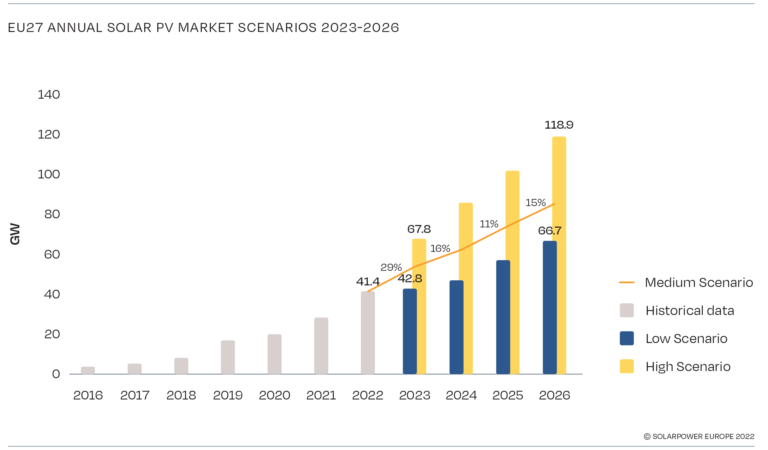 Whilst installations have been booming, recent calls have mounted to build out Europe's PV manufacturing base, as its reliance on Chinese imports becomes more starkly problematic. PV Tech analysed this mounting pressure and the need for domestic manufacturing in a recent blog.