What is a HJT solar cell?What's their advantages?

For many years, heterojunction (HJT) technology was overlooked, but it has gained traction in recent years, demonstrating its real potential. Ordinary photovoltaic (PV) modules address some of the most prevalent limitations of ordinary photovoltaic (HJT) modules, such as lowering recombination and boosting performance in hot regions.

HJT is considered as the most possible to lead new generation way after PERC solar cell, besides other technologies such as PERT and TOPCON.Now many leading manufacturer devote HJT producing line,many of them have sucessfully produced high quality high efficiency cells.Now the HJT peak producing efficiency is 25%,lab test efficiency over 26%.The limit of PERC cell efficiency is 24%.

This article is for you if you want to learn more about HJT technology.

What Does HJT Solar Cell Mean?

HJT is the acronym for hetero-junction solar cells. Introduced by Japanese company Sanyo in the 1980s, then acquired by Panasonic in 2010s.In 2021,HJT is more and more comes to center of PV stage.

Due to HJT's fewer number of cell processing steps, and a much lower cell processing temperatures, this architecture has the potential to simplify the current solar cell manufacturing lines that are currently heavily based on PERC technology. 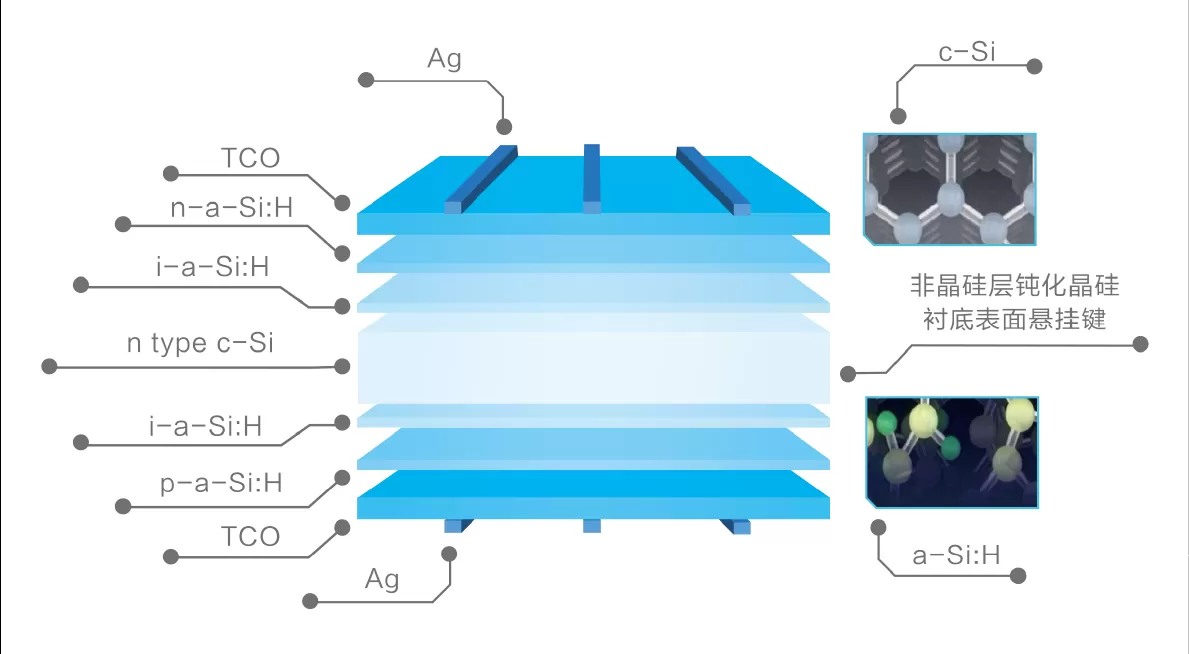 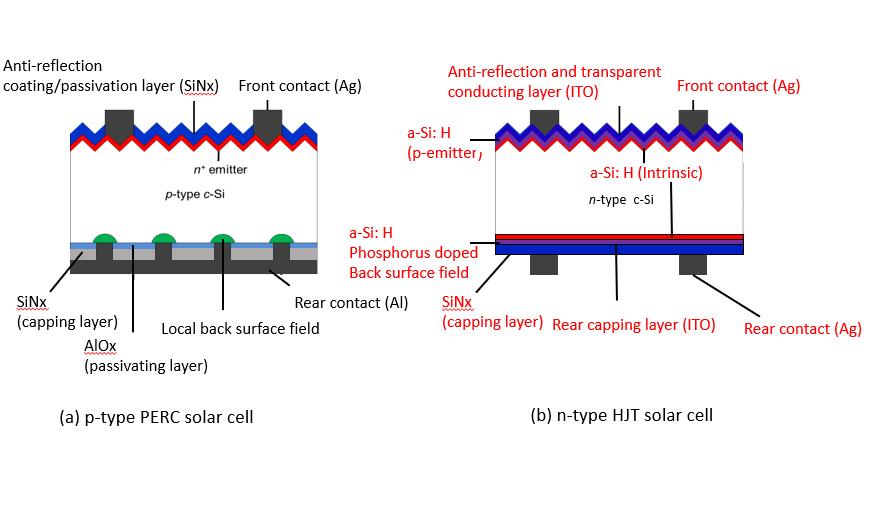 As shown figure 2, HJT is very different to the popular PERC structure. As a result, manufacturing processes between these two architectures are very different. Compared to n-PERT or TOPCON, which can be upgraded from the current PERC lines, HJT requires significant capital investment in new equipment to start mass productions.

Additionally, as with a lot of new technologies, long-term operation/manufacturing stability of HJT is still under reviewed. This is due to processing challenges such as amorphous Si’s susceptibility to high temperature processes.

How Does HJT Work?

HJT demonstrates high solar cell efficiency thanks to the high quality hydrogenated intrinsic amorphous Si (a-Si:H in Figure 1) that can provide impressive defect passivation to both the front and rear surface of Si wafers (both n-type and p-type polarity).

The use of ITO as transparent contacts also improves current flows, while also acting the anti-reflection layer to provide optimal light capturing. Moreover, ITO can also be deposited via sputtering at low temperature, thus avoiding the re-crystallisation of the amorphous layer that will impact the passivation quality of the materials on the bulk Si surface.

In spite of its processing challenges and high capital investments, HJT is still an attractive technology. This technology demonstrates the ability to achieve >26% solar cell efficiency, compared to 23%~24% shown by TOPCON, PERT and PERC technologies. 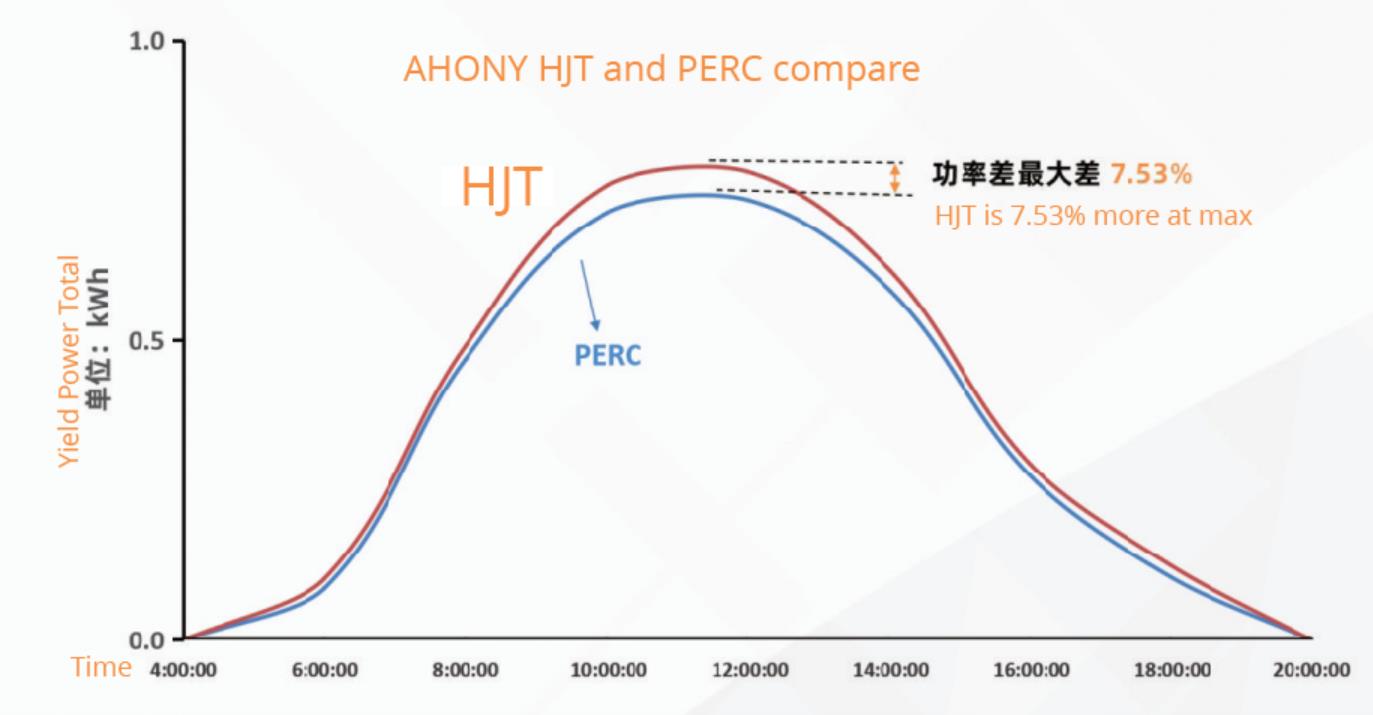 Figure 3,it's the same power solar module HJT and PERC compare test from day to night.

From the figure 4,you can see the HJT produce more power under high temperature,and has lower co-efficient than PERC cell,that means,HJT cell module power/voltage decrease less then

What's more,the N type HJT cells(especially AHONY HCF cell) have better weak light performance as it by adding non-crystalline silicon material.That means it produce more power under shading like RV parking,sailing,when bimini boat parking beside port.It's also better to use for situation when solar panel can not get 100% vertical radiation,like install on car roof,fence,balcony or sail boat or yacht.

So the machines for HJT solar Panel making almost same as normal solar panel making machines, but few machines have technical differents,only some of the raw materials used to produce HJT panels are different. 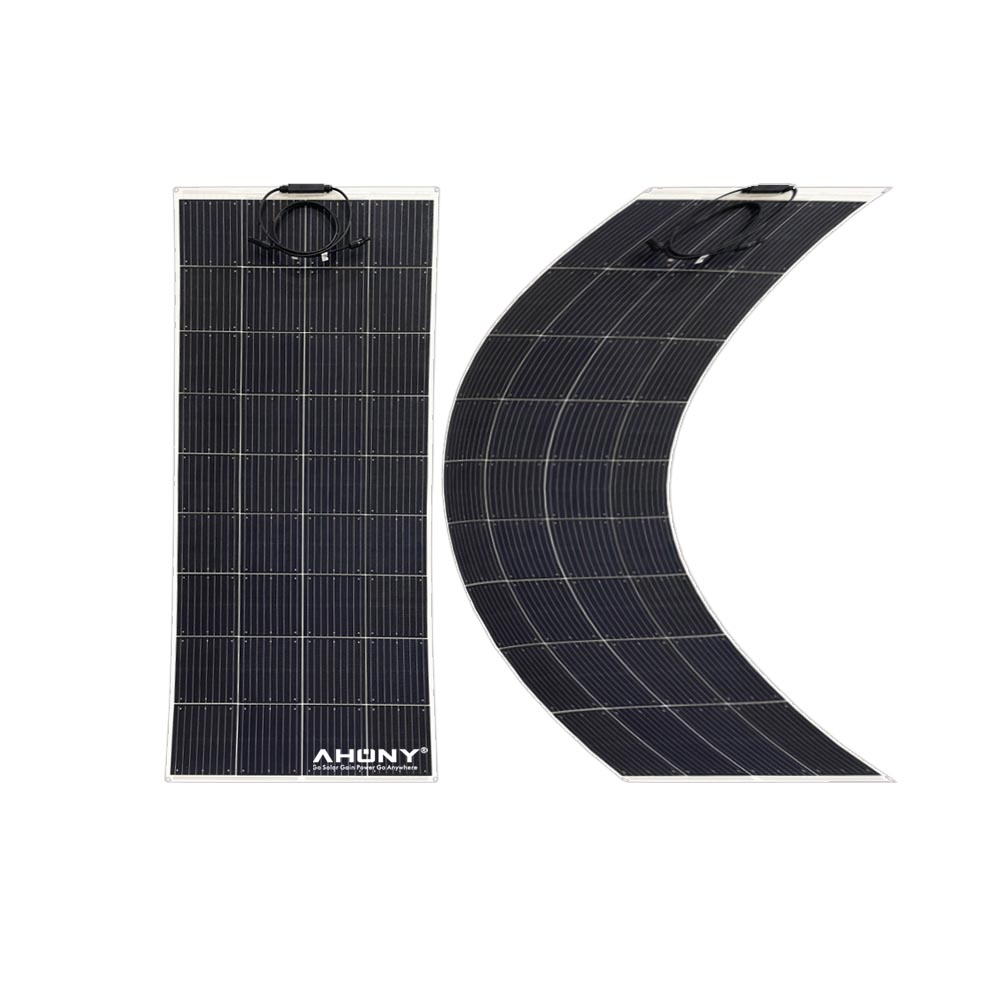